#Tweetingit – review in 140 characters: 3*s – Misogynist + loner coping with rejection = compelling journey into the mind of a mass killer. 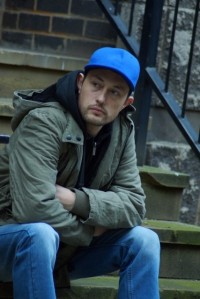 Established only last year, the Hope Theatre aims to showcase emerging new writing talent, and boldly presents the disturbing tale of Mark Lepine, perpetrator of the Montreal Massacre in 1989. Like all pub theatres, the performance area is tight and claustrophobic, but not helped by an airless, stifling atmosphere. Windows were therefore open which meant audience and performer were contending with the sound of traffic rumbling past. There is no graduated seating, so views can also be severely restricted. In spite of these drawbacks, this piece was always going to deliver the goods.

Mark Lepine found infamy on 6th December 1989, when he strolled into the Ecole Polytechnic of the University of Montreal with a semi automatic rifle and hunting knife, taking the lives of 14 women and becoming Canada’s most hated and perhaps misunderstood criminals. The piece is a 90 minute monologue performed by the excellent Felix Brunger. In essence, the monologue is a suicide note, damning the hand which life has dealt him; his father leaving, the parade of rejection, the misfit square peg trying to fit into a round hole. But worst of all, his ineptitude with women; the focus of his anger. Every man that’s ever walked this earth has been rejected by a woman at some point in their lives. so why would simple disappointment turn into anger and lust for revenge? This is what The Anorak aims to explore.

The audience is cleverly separated by gender as they enter the performance area, and I sensed the mind games had already begun. Our perpetrator takes centre stage coldly announcing the names of his victims as he goes. He then addresses the male side exclusively without a sideways glance to female side. His delivery is jovial, almost friendly but punctuated with occasional lapses into mania. He describes his upbringing, resulting loneliness and resentment towards those who he believed had wronged him. As he plots the milestones of his life with forensic precision, the pressure slowly cranks up to the darkest of December days. Unsurprisingly, the perpetrator turns his attention to female members of the audience as he describes in graphic detail how he dealt with ‘feminists’ in his midst.

Whilst Adam Kelly Morton has written a solid, well researched piece of work, it doesn’t give us any real insight into the mind of a mass killer. Perhaps nothing ever could? But the portrayal of Mark Lepine could be describing anyone from Ted Bundy to the Yorkshire Ripper. Could we then conclude that environmental factors for such individuals are always going to be similar? Felix Brunger never fails to convince as the pathetic, inadequate and ultimately evil Lepine. Although slightly built with a quietly spoken voice, he conveys natural menace with great physicality and presence. It’s not a cheery way to spend an evening, and your mood certainly won’t be lightened by the experience, but its power to grip and enthrall the audience is undeniable.