#Tweeting it – review in 140 characters – 4* A captivating, gritty, thought provoking 90 minutes which will keep you on the edge of your seat and your heart in your mouth.

Now, everyone loves a big production; loads of scenery, exciting costumes, masses of people in the cast, sensory overload, but I have a serious soft spot for pared down studio shows, and A Steady Rain is a prime example of what it is I love about them. To sound somewhat overly arty about it – it was gritty, raw, real and completely captivating. 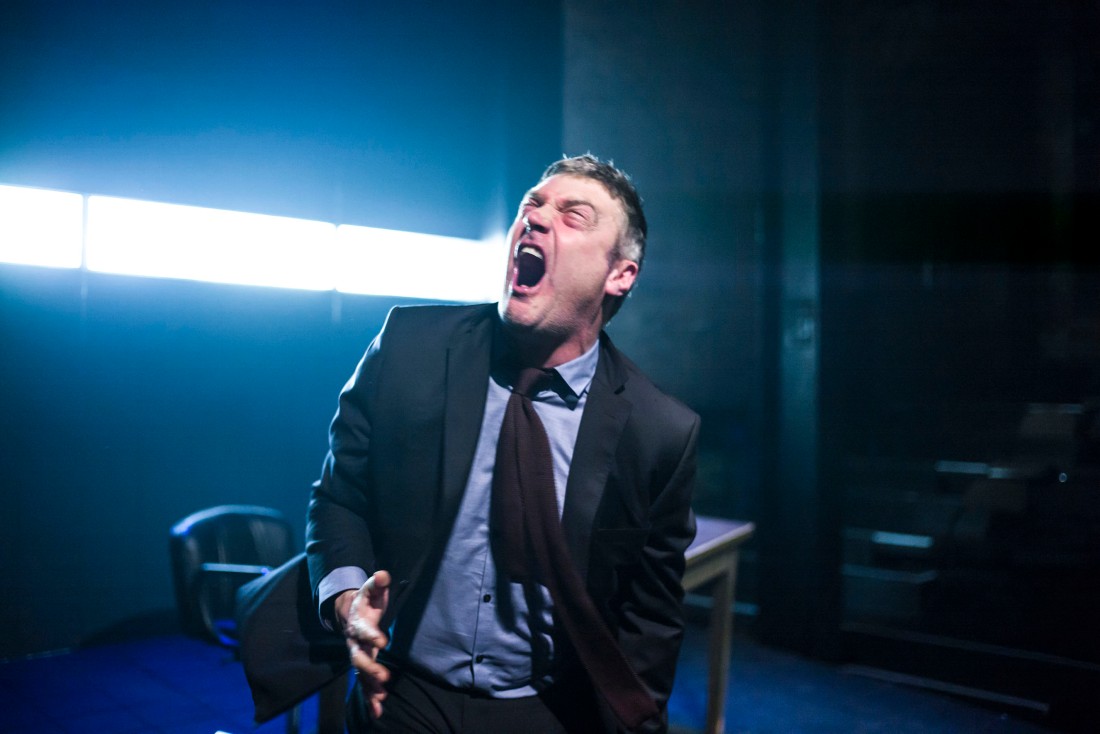 Denny (Vincent Regan) and Joe (David Schaal)  are two aging Chicago cops who have known each other from childhood; they have jointly made endless career damaging decisions, and as time has gone on, these decisions have taken their toll – Joe turning to drink and, later, Denny to drugs alongside an obsessive need to make things better.

At the start, both characters are pretty likeable; the audience feels sorry for them after they have seemingly been overlooked for promotion as a result of an overly politically correct system. As the play develops, it starts to become clear that there’s more to it than political correctness. Joe is a drinker, Denny is racist and is cheating on his wife; they both have some pretty terrible views and they repeatedly make morally unsavoury and often severe decisions if not, at least in their minds, often for the right reasons. As the play progressed, the corruption, stress and consequences of their actions begin to ruin the lives of the two friends.

Despite the brutality, his turning on his wife and best friend, his often irresponsible and corrupt judgement calls, you can’t help but feel sorry for Denny – trying to do right by his family and the community, ultimately leading to his demise as his addiction and obsession with the pursuit of justice, whatever that may take, This pity the audience feels towards Denny and the heartbreak which I certainly felt as he spiralled out of control, is a credit to the impressively complex writing of Keith Huff (of Madmen and House of Cards), and brilliant portrayal by Vincent Regan. 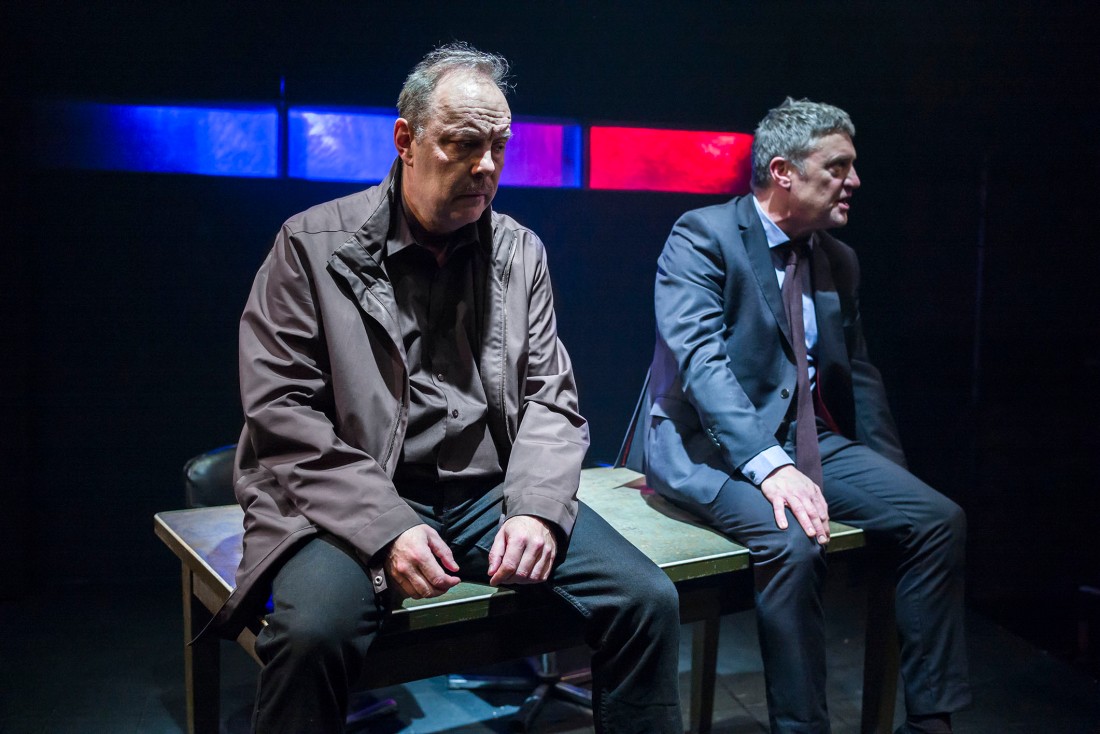 Huff’s writing is flawless. The play is told in a trio of ways; real time action, the two characters discussing the story – sometimes re-enacting it, and monologues of past events. They seamlessly slip between the three, sometimes sparring about the facts of events.  Somehow this works; there is never confusion about where we are, what was going on or the time period we are in, and this keeps the audience on their toes and their imaginations fired up. He also manages to create a number of other characters who felt very much like they were on stage, despite it only being a two man show. Alongside this are some clear Huff signatures to ensure that the weighty subject matter doesn’t become too much, using humorous Frank Underwood-esque asides to break the tension ready to quickly rebuild it for ultimate impact.

My only criticism is the lack of time that Joe got to develop. He has his own demons and yet David Schaal had little time to really show what he could do. When he was on stage, he was excellent but an extra 20 minutes to the running time could’ve really added to his character.

As the story unravels, the characters change dramatically, Denny finally succumbing to his inevitable destiny and Joe building the life he always wanted, although at a high cost. The audience are left with at least a hint of understanding as to the burden that cops feel and the stresses that come with it. This really is a great production and is definitely worth going to see.