#Tweetingit – 3* – A one woman show about her time in the RAF. Not as hard hitting as it could be but an interesting tale.

This one woman performance follows the life of Rebecca Crookshank who, at 17, joined the RAF like her father and grandfather before her. Carried along by the soundtrack of the mid 1990s, the tale takes the audience from enrolment, through to her time in the Falklands, along the way cataloguing training, drunken nights out with ‘Wingwoman’, a loveable Scouser who appears throughout the show, and the abuse she faced and the hands of her colleagues. 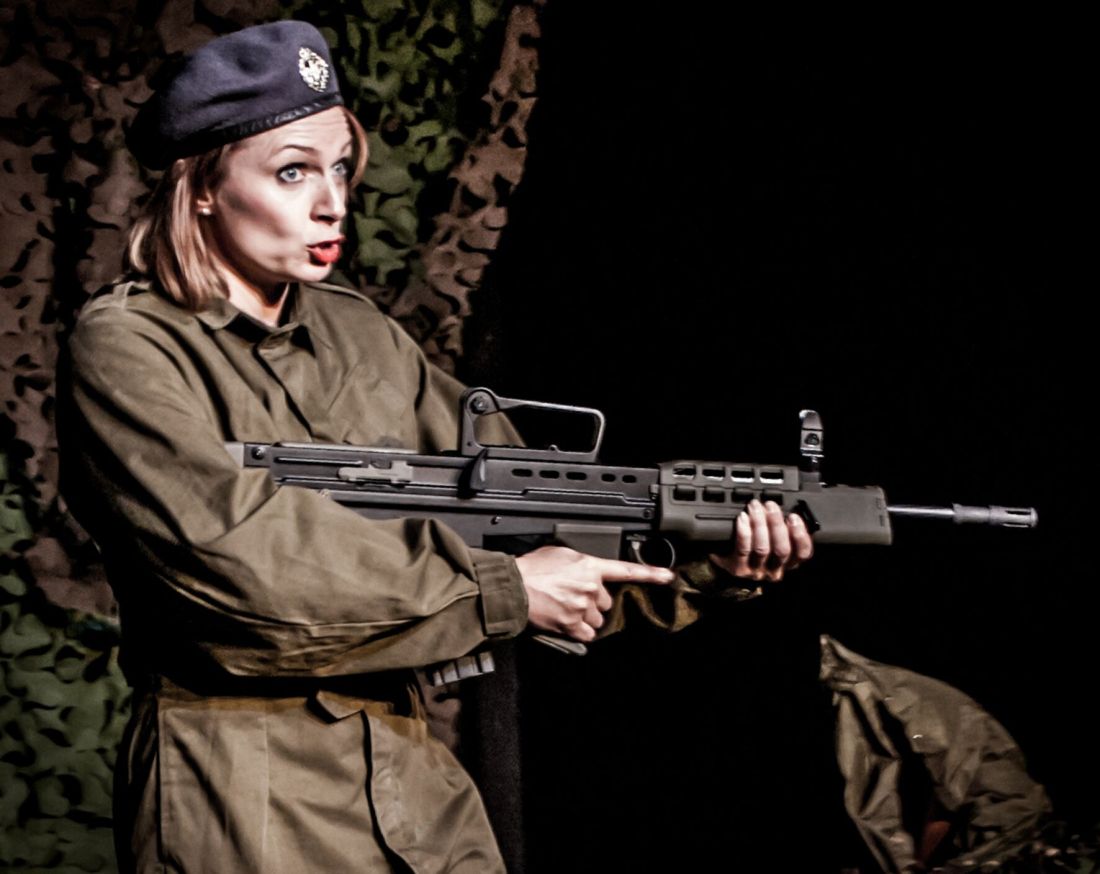 The aim of the production is to highlight the problems women face in the armed forced. She acts out various moments through her RAF career; in one breath being told that she should be proud of being a woman in the RAF and should follow in the footsteps of previous high flying airwomen, and in the next she is being called a lesbian, being tied up in her bunk, and told that she is only capable of doing ”woman’s press-ups.”

Although this is an interesting and a pretty horrifying story, the problem I had with this production was that it felt like there wasn’t enough emotion. Mental health, alcoholism, misogyny, divorce and abuse are all touched upon in fleeting moments, but none of them are delved into to give a real insight into what it was really like. I know that sounds harsh as the things that Crookshank went through are horrific. The reason she has created this show appears to be to cope with what happened to her and the way she was treated and to get her story out there since no one would listen to her when she reported it at the time. It felt like some of the hard hitting things she could’ve focused on, were glossed over particularly when you see the real photos of things that happened to her which punctuate her story. I guess it could be a coping mechanism; she isn’t an actress performing the lines, it really happened to her. She has dealt with those events and now can say them with less emotion than perhaps she once felt, but unfortunately I think that that takes away some of what she wants to get across.

There is also the fact that most of her characters (which actually she performs well, switching with ease between various accents including Scottish and Scouse) are in themselves massive stereotypes, somewhat takes away from what she wants to get across – that sexism, racism or any other kind of “phobia or “ism” are not ok.

Perhaps, however the by-product of this is that people will take notice of some of the terrible behaviours which are found within certain areas of the armed forces. Camaraderie and banter are one thing, but what she endured was horrendous.  Crookshank has had an extremely interesting life and although not quite as polished as it could be, this production is worth a watch.

At Ye Old Rose and Crown Theatre Pub until 18th March and then on tour until the 15th May.