#Tweeting it – Live game designers A Door In A Wall have announced a brand new murder mystery adventure, taking place in London this Summer – AND I AM GOING!

Played to Death is a murder mystery treasure hunt that sends teams of courageous players on an adventure around central London. The game uses A Door In A Wall’s unique combination of game design, immersive stories and real-world locations to create another exciting adventure for teams of aspiring detectives. It follows the sellout success of last year’s chef-themed game An Appetite for Murder and the recently previewed A Veiled Threat. During the game, we will follow clues to real locations near Holborn in order to interact with characters, solve puzzles and piece together the evidence to work out who has committed the crime.

Now, anyone who knows me or reads this regularly knows how I feel about immersive theatre. What you may not know, however, is just how much I love games and treasure hunts.

This diagram of the fun spectrum by http://www.reallyfun.uk/ is a good representation of my loves:

And here with A Door In A Wall, it would appear we have a puzzle hunt, puzzles, interactive theatre, being outdoors, lots of people, searching, acting/role playing all in one….what more can I ask for?

But how does anyone even begin creating a theatre experience which is not only immersive but is also a good treasure hunt? I have created quizzes and treasure hunts and that was hard enough work – but adding in actors and a story line too? I spoke to Tom Williams, Director to A Door In A Wall, to see why he decided to make his life so difficult.

Can you tell me a bit about how a door in the wall was formed?

A Door In A Wall started as a group of friends making adventures in London for fun. We quickly realised that there was more that could be done with treasure hunts and so by adding elements that were more interactive, and making the overall objective more meaningful through narrative, we could create a much more engaging experience. Although the events we put on started as amateur productions, they quickly snowballed through word of mouth, to the point where A Door In A Wall became a full-time professional concern. We remain a friendly bunch though and several of the core creators that made the first games are still enthusiastically involved.

So, you went from investment to immersive theatre/games? How did that happen?

A Door In A Wall kept on growing. More and more people wanted to take part in our events and we 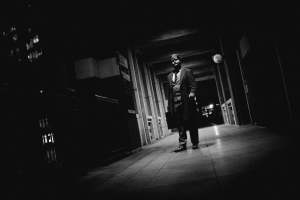 had started to branch out into private and corporate events as well. The business grew slowly but surely and eventually it was enough of a going concern to take the plunge and give up the day job. There’s a lot of fun creative work when designing our games, but it’s still running a small business too so it’s not like I’ve been able to let go of emails, spreadsheets, pitches and invoices!

So treasure hunts very much came before theatre for you?

YES! We ultimately see ourselves as game designers, not playwrights, but theatre continues to be a major source of inspiration. We’ve gone out of our way to bring those with more of a theatre background into our creative team and working with our cast to bring the game elements to life is among the most exciting parts of the process.

Who is this production for? Gamers? Lovers of the theatre? Immersive theatre fans?

I’m a firm believer in making what we do as broadly appealing as possible so my target audience is anyone who likes having fun (which I would hope, is everyone). We don’t take ourselves too seriously and so when we’re creating our games, the ultimate question is ‘is this fun?‘ Immersive theatre can be fun, traditional theatre can be fun, games can be fun and we want to draw on all of those.

Immersive theatre is everywhere at the moment (I am not complaining, I love it) so how do you put something together that stands out and is different from that which is already out there?

The use of real world locations and gameplay elements is enough to differentiate what we do from most immersive theatre productions, but I also think our playful tone, silly humour and narrative complexity also put us apart. We love to challenge our audience with complex plots, time pressure and the surprise of what is behind the next door, but in ways that leave them satisfied, rather than frustrated. Our players love it when they themselves make that crucial connection between clues, crack that thorny puzzle, or improvise their way out of a tight corner with a character and so it’s our job to make those moments happen as often as we can.

A Door In A Wall’s have done a lot of productions, what has been your favourite to create and what had the best reaction? 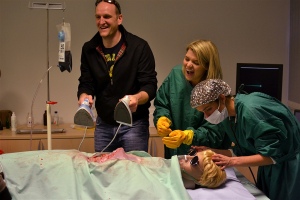 and evolved over that time. We used to run enormous all day events and veterans amongst players and crew remember our 2011 game Sheiks on a Plane very fondly. Aside from the ludicrous title, a theme of air travel provided a rich vein of puns, visual motifs and clever clues. The graphic design, plot twists, and actor interactions all stepped up so much for that game – one memorable scene saw players hiding in a freewheeling footballer’s flat while his irate coach scoured the place for contraband. Given all the giggling, it’s remarkable none of them were caught…

In terms of reaction, our 2014 adventure The Diplomatic Corpse stirred up a surprising level of patriotism. We invited players to take up citizenship of the unstable and enigmatic nation of Paudaguay when their ambassador was assassinated. They were all very enthusiastic singers of the national anthem, proud players of the national sport and generous contributors to the president’s slush fund. People still turn up to games today sporting their hard-won Paudaguay flag lapel pins!

How do you go about choosing your next project and subject for it?

A game theme has to be something that already exists in the popular consciousness. We already
give ourselves a lot of work to do explaining game rules and the intricacies of the scenario to players, so we need to be able to draw on some familiar tropes and give players a way to place themselves in the world. We also tend to stick to contemporary(ish) settings – period pieces are difficult to maintain in the real world and allow less room for satire.

What are the main challenges when creating immersive productions?

For us, it’s getting all the permissions for the locations we want to use, and finding the right venue. Getting someone to hand over their space to you is never an easy ask.

Have you ever had an audience member change the way the performance is going?

Not in a major way – going off-piste is rarely helpful in game terms, so while people are free to improvise and plan their own journeys, the tracks followed are familiar. The audience do very much affect the feel of the final concluding scenes – a rowdy Friday night crowd has very different appetites to Sunday afternoon players!

What happens if the audience can’t solve your clues?

They call the helpline. We have a dedicated number they can call at any time for assistance. We don’t penalise people at all for using it, but it is surprising how reluctant they often are to ask for help.

What do you hope your audiences will get from the show?

I want them to come away with memorable, fun, experiences. I want them to laugh about the adventures they had not just the day after, but next month, next year. 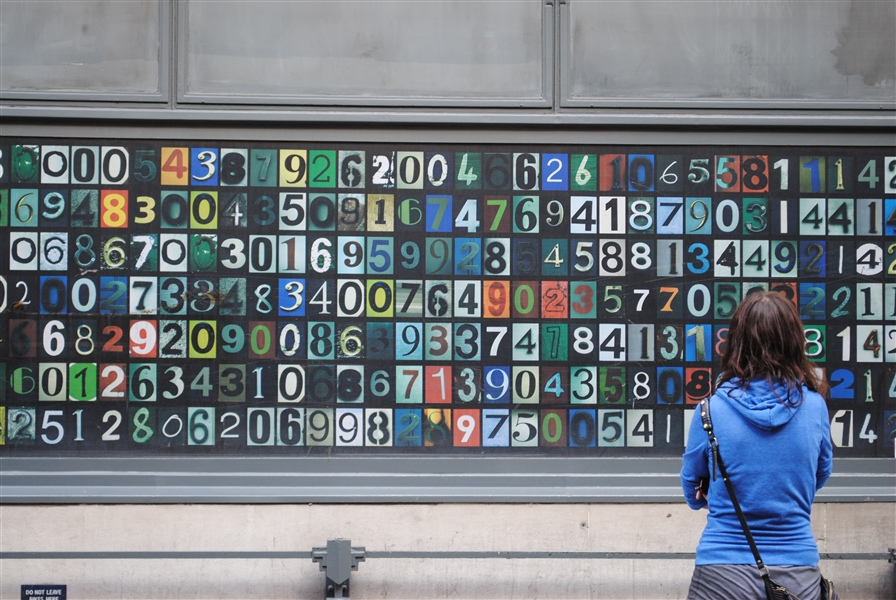 I know this isn’t done yet, but what’s next?

We’ve got a really exciting project lined up for our Autumn public game. We’ve been experimenting with more indoor events this year and we’re aiming to apply those game structures to a more elaborate and controlled set/environment. It’ll give us lots of new challenges as a creative team, but also allow us to give our audience a marvellous new experience.

Finally, what would you say to people who say they don’t like immersive theatre?

Well, first I’d say that it’s ok to not like immersive theatre – it’s not everyone’s cup of tea – but I’d also encourage them to try one of our games. It’s a different kind of experience; one where you decide how much you immerse yourself and where you are the protagonist, not a bystander. It’s fun, it’s a challenge, and you might win a prize!

Well, it certainly sounds like my cup of tea!

I have rarely been disappointed with what I have seen and always jump at the chance to experience the next new thing and I have absolutely no doubt that this is going to be great. I am already excited about the autumn public game. Watch this space for information and the review in a couple of weeks.( I am going on my hunt on 17th May)

When: The game will run on selected evenings from 11 May onwards including afternoon events at weekends and bank holidays. A full list of dates is available online here.

Who: Played to Death is a team game and a group size of 3-6 is suggested, though there are no formal limits. Each team will need at least one smartphone between them and it is advised that players wear comfortable footwear as the adventure leads onto the streets in search of clues.

Where: The game will start and end at The Square Pig, 30-32 Procter Street, London, 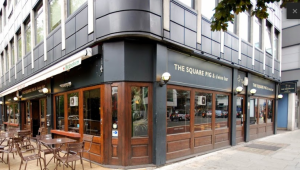 Holborn WC1V 6NX. Doors for evening games will open at 6.00pm and will finish by 10:30pm. Afternoon games will begin from 12:30pm and finish by 5pm. The game can also be run as a private event, for personal or corporate parties. For more details on this, or for larger group bookings of 10 or more please contact info@adoorinawall.com.