Pros: You cannot go wrong with Andrew Lloyd Webber’s beautiful music, performed by a brilliant band and a stage icon such as Marti Webb. 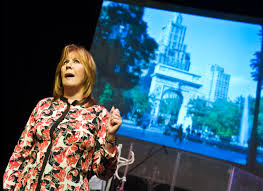 Cons: Marti Webb doesn’t quite have the presence and range that she once did and therefore there are occasions on which the singing sounds a tad strained and uncomfortable.

Webb is not as dynamic or strong as she once was but if you want to quench your thirst for nostalgia, I don’t think you will be disappointed.

You might want to pick your favourite place, such as a park covered in trees or a circus ring with a flying trapeze, and wait until Sunday for me to tell you this: Tell Me on a Sunday with Marti Webb, could have been better.

Over the past few years, the revivals and reunions have been aplenty. With Miss Saigon being just around the corner, this year continues to be a year to revisit the old favourites. Take That, Catchphrase and Jesus Christ Superstar alongside some of my other old time favourites, thankfully, have managed successful comebacks. Unfortunately, others, such as, Geri Halliwell, Birds of a Feather and Barnum have not quite managed to get back to their heyday. Sadly, I felt very much like this about Tell Me on a Sunday. I am not suggesting that it is not enjoyable. The music and lyrics by Andrew Lloyd Webber and Don Black, are truly beautiful, but Marti Webb isn’t quite up to the standard that she once was.

Webb first starred in this production as “the girl” thirty-four years ago. Fresh from Evita, it was an instant hit and she even managed a top three single with Take That Look Off Your Face. Since then, it has been rewritten, gone to Broadway, come back again and had numerous celebrities, including Denise Van Outen and Steps’ Faye Tozer, playing the lead. However, it has now gone back to its original 1980s routes.

The story is a feminist’s nightmare, focussing on the love failures of a 30-something English woman in New York. Seemingly incapable of being alone, she gets into doomed relationship after doomed relationship and only realises in the last two minutes of the show that perhaps she can live without a man. The audience see her go 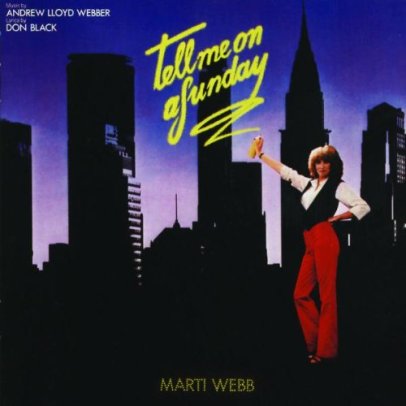 through the start and end of each relationship, complete with letters home to her mother praising the virtues of her newest man. I can feel feminists everywhere cringing when listening in particular to the needy Come Back with the Same Look in Your Eyes and I’m Very You, You’re Very Me. This isn’t to suggest that they’re not amazing songs, just a little out of date and perhaps not for the younger viewer for that reason. No rewrites or updates mean that this is the case with much of the production. For example, she writes to her mum instead of emailing her. My companion said that, although a small factor, it bugged her that this small change hadn’t been made to bring it up to date.

Having only ever heard the Denise Van Outen version, I was a tad sad that Webb couldn’t quite hit the high notes and doesn’t have the dramatic presentation I was hoping for. The set was limited and the movement around it was minimal resulting in little dynamism. However, a few funny and ironic moments keep the audience happy, especially those who saw it first time round: “If he gets his skates on maybe we can have a baby” (cue a wink to the audience – who know she is actually 60-something – and that there’s little hope of that).

I think the point of this revival is more for nostalgia’s sake. Lengthy applause for the favoured and most memorable songs as well as a few standing at the end proves that this will continue to be a sell-out. If you are a young theatregoer, haven’t ever heard the music or didn’t see the original, this may not be for you. However, if you are the exact opposite, then I reckon you’ll love it.