Once again The Full Monty is on a UK tour and after much excitement, it is currently at Norwich’s Theatre Royal.

Based on the classic, British 90s film, Simon Beaufoy and the team successfully transpose everything from screen to stage. For those that don’t know the story, it’s pretty basic and there are no prizes for guessing the final scene. 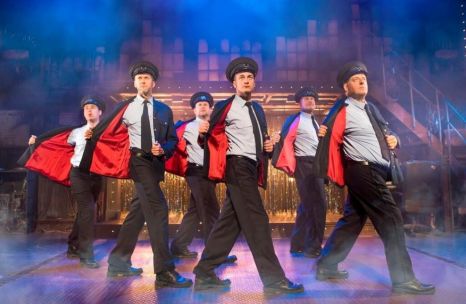 We follow six guys as they put their troubles behind them and take to the stage with the hope their ‘Buns of Steel’ strip show can save their livelihoods and families.

The soap-star cast (Gary Lucy as Gaz, Kai Owen as Dave, Andrew Dunn as Gerald, Louis Emerick as Horse, Joe Gill as Lomper and James Redman as Guy) made a great ensemble and although, for me, there was no standout performance it was clear to see that each actor had taken to their role with ease. A few touching scenes helped portray the sensitive and serious side some people try to hide behind bravado and humour.

END_OF_DOCUMENT_TOKEN_TO_BE_REPLACED

Comedy is often associated with Norwich theatres, but more for its stand-up comedians at Norwich Playhouse, but this week is all about the comedy-drama at Norwich’s Theatre Royal. 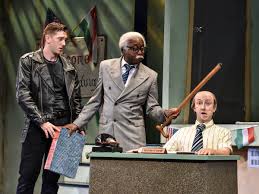 Following the huge success of The Play That Goes Wrong, Mischief Theatre brings their latest hit, The Comedy About A Bank Robbery to Norwich as part of its UK tour.

When a priceless diamond is entrusted to the city bank (we’ll use that term loosely) and in a town where most people seem to be crooks, will it stay safe? With mistaken identities, love affairs and revelations it seems nobody can be trusted and everyone has an ulterior motive.

END_OF_DOCUMENT_TOKEN_TO_BE_REPLACED

Last night I attended the press night of Miss Saigon at Norwich’s Theatre Royal and honestly I was so impressed with everything – from the singing to the set design. 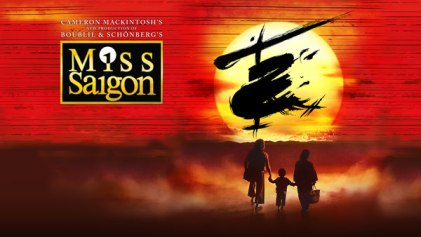 Having never seen the show, but knowing a few songs and listening to the praise from others, I had high expectations – I wasn’t disappointed, in fact they were exceeded at every point and I can’t wait to see it again

Miss Saigon first opened in 1989 at Drury Lane Theatre Royal, and over time won the hearts of theatre-goers all over the world, claiming legendary musical status.

END_OF_DOCUMENT_TOKEN_TO_BE_REPLACED

Following the award-winning success of DreamWorks Animation film, Shrek the Musical is bursting back on to stages around the UK. Currently taking residency at Norwich’s

Theatre Royal until Sunday, July 8th Shrek will then continue touring the UK until December 2018. Telling the not so traditional fairy tale of how an unlikely hero, Shrek and his noble steed Donkey, embark on an adventure to rescue Princess Fiona for the vertically challenged Lord Farquaad.

Characters including Pinocchio, Peter Pan, Three Pigs and the Gingerbread Man make up the ensemble of #FairytaleFreaks add vibrancy and diversity to this “Big, Bright Beautiful” cast.

END_OF_DOCUMENT_TOKEN_TO_BE_REPLACED

This story of love and obsession, set in tinsel town during late 1949/50, 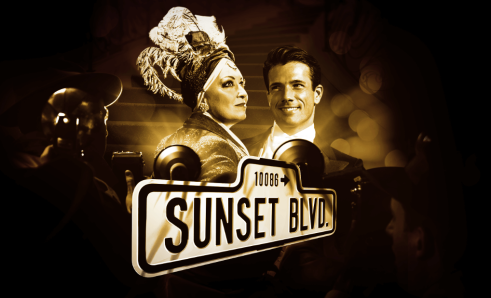 is based on Billy Wilder’s film noir, book and lyrics from Don Black and Christopher Hampton plus music by Sir Andrew Lloyd Webber.

The wonderful score, including The Perfect Year, Sunset Boulevard and The Greatest Star of All – all performed live by the orchestra (directed by Adrian Kirk).

END_OF_DOCUMENT_TOKEN_TO_BE_REPLACED

From the pen of one of the world’s greatest thriller writers, Ruth Rendell (writing as Barbara Vine), comes a tale of kidnap and murder (eventually!).

When Joe was saved from the path of a London tube, it wasn’t without consequence – his rescuer, Sandor, told him “your life belongs to me”. Taking advantage of Joe’s learning difficulties and consequential inability to stand up for himself, Joe becomes Sandor’s servant – his Gallowglass. 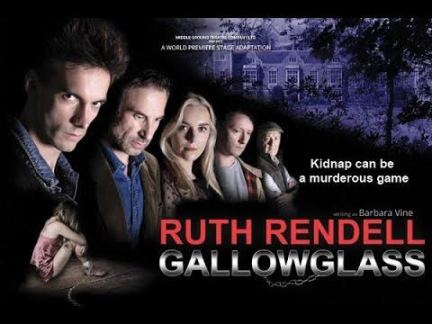 Sandor tells Joe the ‘story’ of a once kidnapped princess in Italy – but it soon becomes clear that this is no story and history is about to repeat itself . Sandor moves to the Suffolk countryside, where scared Nina lives with her third rich husband, in preparation to kidnap her all over again.