Tweetingit: 4* Victor Hugo’s legendary tale is given new life by a gloriously original production in a near perfect venue. Esmerelda has never looked or sounded quite so good.

A quiet sense of expectation grows whenever I walk through the gates of St. Paul’s Church in Covent Garden; a wonderful setting for an evening’s entertainment; provided the weather keeps its happy face on. We just about got that with a cool and breezy 21c. The excellent Iris Theatre might usually focus on Shakespeare, but the Hunchback of Notre Dame comes as a welcome departure. The Actors’ Church would seem tailor made for this classic story, no need for recorded bells here: or so you would think?

As the witching hour of 7pm grew closer I wasn’t disappointed as the church bells sounded with ominous intent. People were mingling outside patiently waiting for show to start; deep in conversation with beer in hand when the cast suddenly appeared with musical accompaniment. It was a lively introduction to the six strong company although they each took on multiple roles in the piece.

It stays reasonably faithful to Hugo’s story; beguiling gypsy girl Esmerelda (Izzy Jones) has many admirers; none more so than deformed bell ringer Quasimodo (Robert Rhodes). Her upbringing is shrouded in mystery and rumour. Sister Gudole (Darrie Gardner) has an intimate connection, but Esmerelda remembers nothing of her early life. Quasimodo falls hopelessly in love but has rivals for her affection; his adopted father Archdeacon Frollo (Ed Bruggemeyer) and dashing Captain Phoebus (Max Alexander Taylor) each have designs on the gypsy girl. Meanwhile, poet and musician Pierre Gringore (Katie Tranter) muses about love and life.

This production is refreshingly inventive with song, dance and cast members each contributing their party piece on guitar, tambourine, accordion and whistle. There was strong emphasis on audience participation which added to the feeling of inclusivity; however there was a ‘plant’ in the audience acting as stooge when required. I might pick the tiniest of bones in the way performance areas were organised. The convention at St. Pauls Church dictates the show moves around the gardens with periodic scenes inside the church. I naturally assumed the church interior would frequently feature; especially with Quasimodo as bell ringer and Esmerelda seeking sanctuary within the church. However, with the exception of the last ten minutes all the scenes were outside. Nevertheless, Iris Theatre is a proven master of outdoor theatre; even if the venue ultimately gains them an extra star.

Tweetingit: 4* A beautiful setting and confidently staged version of a classic Shakespeare tale. Even better the rain stayed away…hurrah!

A damp early morning drizzle had thankfully given way to a bright, warm summer
evening. Performers entertained a crowd on the piazza while an endless throng of tourists passed through. Open air productions are naturally a hostage to the weather; but the gods were kind as the Iris Theatre presented Hamlet at St Paul’s Church in Covent Garden. The Actor’s Church looked majestic with its picturesque gardens bathed in sunshine. The action gradually moved around the landscape for each scene, occasionally dipping inside the church to make the most of awe inspiring architecture. Designed by Inigo Jones and finished in 1633, it can easily pass as an authentic Elizabethan building; and so provide a convincing setting for Shakespeare.

Like so much of the Bard’s work, Hamlet plugs into themes that remain timeless and universal. The story lands on Prince Hamlet played by Jenet Le Lacheur. Following the death of his father, kingship has passed to Uncle Claudius (Vinta Morgan) who marries Gertrude (Clare Bloomer), widow of the dead king. Secret machinations abound as Hamlet mourns his dead father, but who can he trust; eyes and ears are everywhere? But he does at least have the support of friend and confidant Horatio (Harold Addo). At court, Claudius takes counsel from Polonius (Paula James) and grants Laertes (Joe Parker) permission to resume his studies in France. Ophelia (Jenny Horsthuis) has designs on the Prince; but her father Polonius warns against the liaison. What revelations will now be brought to bear?

The Iris Theatre has reduced open air productions to a fine art. The design and staging is pretty much spot on; brown military uniforms with red and gold trim bring to mind images of the old Soviet regime; while TV screens lining the performance area offer a great contrast between the classic and modern. Characters would send each other emails; video clips simultaneously played on screens adding a unique dimension to the story. Inevitably with outdoor shows the sound quality suffers, particularly with noise overspill from street entertainers.

Scenes inside the church reached high drama purely because of the spirituality engendered by its surroundings. There were also some excellent set pieces which used the interior to great effect. The cast were charismatic and engaging, making every breath and syllable count. Hamlet is Shakespeare’s longest play with the full version clocking up around four hours. The Iris Theatre sensibly restricted the production to a more manageable two hours thirty minutes. It means the best lines stand out even more; like ‘When sorrows come, they come not single spies but in battalions’. Ain’t that the truth!? 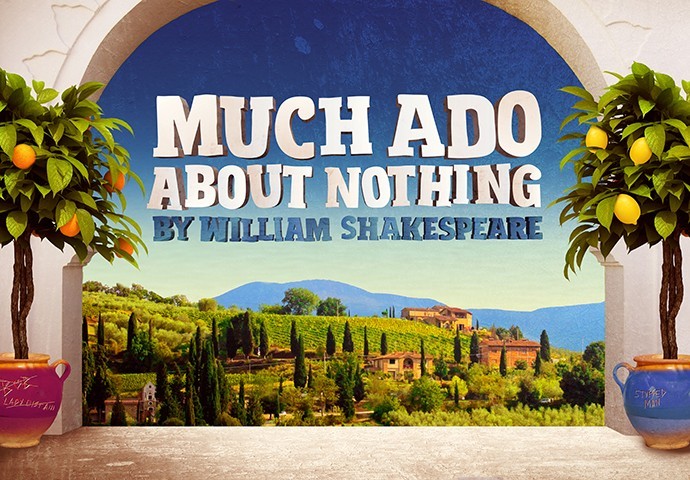 rustic St. Paul’s church is at the very heart of Covent Garden. Designed in 1631 and completed in 1633, it truly is a piece of history, and is known as “the actors’ church” for good reason.

It is a beautiful representation of Stuart architecture and a marvellous setting for Shakespeare.